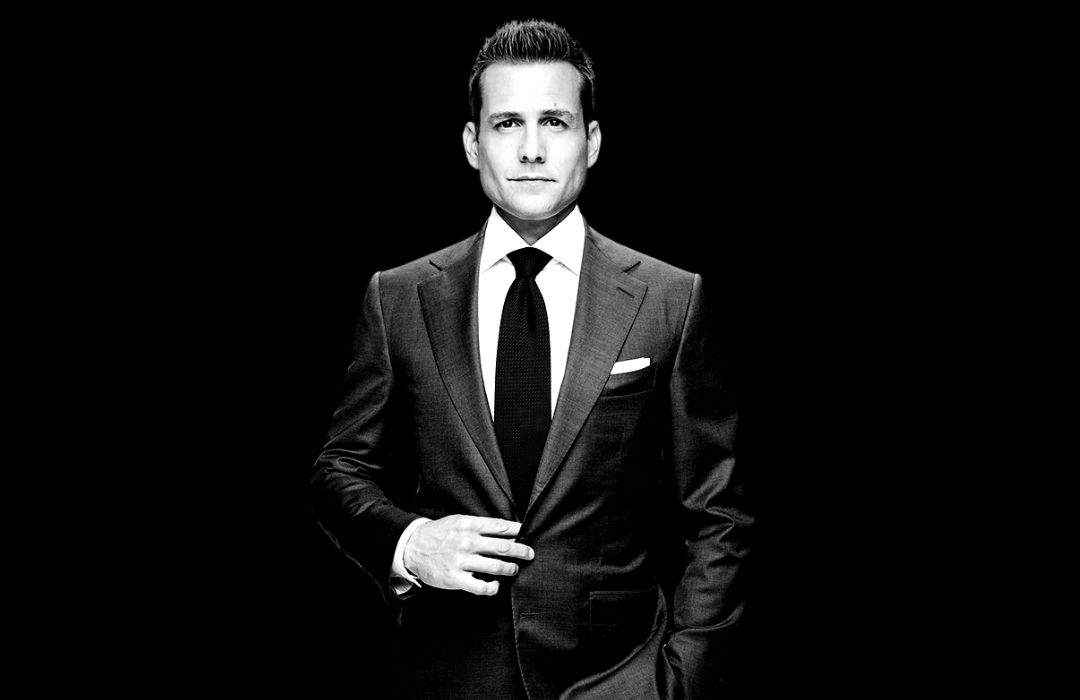 He can be savvy, sarcastic and obnoxious at times, but what makes  Harvey Specter from the TV series Suits have awe-inspiring magnetism?

Harvey Specter has a strong self-image and sees himself as an incredibly capable, intelligent and high-status man.

His independence allows him to walk away from any deal that doesn’t benefit him, rendering him extremely powerful.

HARVEY: “Do I think that I’m smarter than you? You damn right I do, but if you think that means that I can’t kick your ass up and down this floor, take a swing and see what happens.”

Harvey leans into confrontations or difficult conversations with poise and authority, establishing himself as a powerhouse who isn’t afraid to handle  any situation head-on.

“I’m gonna fix this, but let’s get one thing clear: I’m not like the other lawyers you’ve burned through.

So the next time you go stomping around like a four-year-old throwing tantrums with me, I’ll be the one getting rid of you.“

Harvey’s high standard style, confidence and dominant body language signals he’s higher status and not going to be a pushover, so you better bring your A-game!

His calm demeanour under pressure shows he’s a man in control, taking his time and speaking with clarity and certainty.

Harvey strategically plays and moves, armouring himself thoroughly before going into battle.

He calmly takes time to learn about his opponent, covering all areas to put up a relentless fight.

“The one with the strongest frame dictates and leads the rules of engagement.” – Faisal Khokhar

Harvey is supremely self-assured and focused; he does not allow anyone or anything to derail him.

They play by his rules, end of.

Harvey doesn’t take things personally, defend himself or get butt hurt and lashes out like a little boy.

He calmly and playfully challenges their reality to bring them back to his frame (his reality and rules of engagement).

SHE: “I have to say, delicious dinner, fantastic wine… almost enough to make up for the mediocre company.

HARVEY: “Don’t be too hard on yourself. You’re not mediocre. See, that’s funny, because you were talking about me.”

As a very competent masculine man, he sees himself as the prize and reinforces that people seek his approval, not the other way around, which most nice-guys do.

Harvey places himself on the pedestal; this high-status move makes him exceptionally desirable, making everyone around him feel respect and admiration for him.

He’s not dull, unenthusiastic or someone who dwells in victim energy.

He’s also not the kind of guy who just sits around complaining, moaning or moping because things didn’t go his way.

He is Harvey Specter, a force to be reckoned with.

Harvey is no bumbling idiot walking through life aimlessly. He’s not the kind of guy who wastes precious time or energy on meaningless things or people.

He’s a man on a mission, and this purpose and energy in a man is super alluring and charismatic.

Harvey, unapologetically goes for what he wants, when he wants.

If that isn’t attractive, nothing is.

If you are ready to get unshakeable confidence, superstar charisma and boss attraction, get on my 121 coaching at https://masculine.co/coaching/