And now… you can learn it in 6 weeks for less than the price of 3 failed dates!

End the frustration of endless conversations, messaging and dates that go nowhere… no more Friendzone! No more settling for someone that is average, unexciting or maybe EVEN toxic.

I’ll show you exactly how ANY man can get his dream woman and relationship… without actually looking like a superstar or having a fat bank-account.

You don’t need to be a magician, a movie star, or be someone you are not when it comes to authentically attracting women.

What I am going to describe below is my complete success blueprint for getting a beautiful woman who’s caring, loving and genuine — without compromising yourself, becoming all “superficial” or incongruent and wasting a ton of time.

3 out of 4 of my students have dates with women they cannot wait to see again within an average of 19 days.

If you FAIL to get the attraction process right, it can lead to harmful relationships that are full of anxiety, anger and regret. Worse, it will damage your mental and physical health, drain you of your finances and seriously destroy your confidence.

Sam is a 28-year-old Finance Analyst, good looking, wealthy and from London.

But by his own admission, he couldn’t make a date work if his life depended on it!

After taking women out on lavish dates, rarely did they sleep with him or go on a second date.

His situation was only getting worse as Sam had UNKNOWING developed embarrassing and seriously off-putting attraction habits.

When he did approach attractive girls, he would get blatantly REJECTED or end up in the FRIENDZONE because of his clumsy attempts.

But most of the time he would FREEZE and later REGRET not having the courage to talk to her. This led him to feel stupid, small and he would also be hard on himself too often.

He rarely dated women he desired, so in desperation, he ended up ‘settling’ which made him feel worthless and needy.

What Sam needed was a clear path to follow in order to get exactly when he wanted for once.

For Sam, his investment resulted in finally meeting and dating a beautiful woman; one he really wanted. Three months after meeting her, Sam enthusiastically messaged me to say they had become exclusive.

Now I am giving more men an opportunity to transform their dating life at a fraction of the cost, you’ll get all the benefits Sam did. 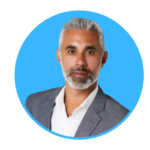 “I used to be an anxious tech geek. Now, I help men who are struggling to stand out find their unshakeable confidence and masculine charisma to authentically attract women and opportunities. Funny how life turns out.”

I am also a father of two little men, an international speaker and a highly acclaimed coach.

There was once a time however when I really sucked at human interactions, especially when it involved women. What else do you expect from a guy like me who had spent over 25 years locked behind a computer screen learning the language of data instead of the language of love?

When it came to going up to a girl I fancied for a chat, that never happened. The End.

I wanted to be in a loving relationship like anyone else and enjoy intimacy. But I just couldn’t make it happen and if I did, the relationships would be a struggle.

That felt horrible. I felt worthless.

I seriously lacked the confidence I always craved, never felt charismatic in any situation and suffered as I found connections difficult.

I now help men build a solid internal foundation and act from a place of self-worth. This permeates into genuine confidence and charisma, drives purpose, and forms meaningful connections that result in living a richer, more fulfilling life.

In other words, I am a coach who kicks my client’s arse so they become powerful men, great men. Not perfect men. You don’t have to be perfect or fully healed in order to be confident, charismatic or engaging. Neither do you have to be perfect to love or be loved. You have just got to be committed to doing the work. 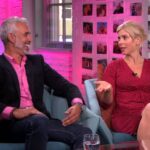 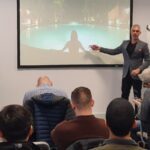 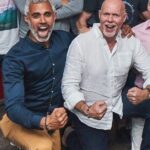 When you join us for the powerful 6-week MASCULINE CHARISMA METHOD today, you’ll get the key to…

“Faisal, you have truly overturned my dating life and for that, I am forever grateful. This was one area in my life that I just couldn't work out. I get her much more, we laugh plenty, she really brings out my energy. I feel great even when we don’t see each other. The best thing is that the man I’ve evolved into as a result is far beyond what I envisaged. I feel stronger and confident within relationships, but also my work has greatly benefited me in other areas too. I negotiated a 13.2% pay increase smoothly, due to my new found Charisma. People actually listen to me now and give me more respect. Soon I plan to work for myself.”
John Doe
Designer
“What I like is I can be honest and genuine with women and still have attraction… and not in a way that is deceptive. I dated a woman for 2 weeks while she was on a work trip, she would get really excited to see me, I never had that before. Faisal gets it and has helped me to become assertive while being understanding. He does kick your ass but in a really good way. I am now dating a lot more, this is helping me get enough experience so I can settle down.”
Kano, 37
Engineer
“I can feel my growth and I can see it in the way people are behaving with me. I feel confident and I’m not afraid to speak my mind or to be in social interactions. It feels liberating.”
Stefano, 41
Actor

Here’s what the program covers:

But that’s not all, you also have to get these mega bonuses:

But you don’t have to invest that huge sum of money because Masculine Charisma is now offering a 80.12 %Pre-sell Discount to those who will enrol in the program today.

But you don’t have to invest that huge sum of money because Masculine Charisma is now offering a 80.12 % Pre-sell Discount to those who enrol in the program today.

Complete Satisfaction Or Your Money Back Guarantee

Just attend the program for the first session until the end and if for some reason you’re not delighted with accessing the solid charisma and rockstar confidence that attracts women without doing much effort then just let me know and I’ll give you your money back 100% GUARANTEED. A simple, clean breakup, I promise.

We’ll take the risk off your shoulders so you can safely try our program. 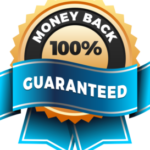 You have two choices to make:

Which do you really want for yourself? Enrol in our program Masculine Charisma now and become the attractive masculine man that you always wanted to be!!

What is the schedule? Is there a certain time that I have to be in class? How much time will it take?

The 6-week course will start March 17th, 2021 and we will meet once a week Wednesday at 7.30pm (London Time) for 3 hours over Zoom. So you can do this from the comfort of your armchair.

What if I am going to be late or miss a session?

Don’t worry, you can always login from your mobile if you are delayed or rushing home. If you do miss the session, you can catch up on the replay.

Will I have homework?

At your pace, you will have some easy to follow homework for the week to ensure you are getting maximum value and keeping the momentum alive.

Who is this for?

This training is perfect for men who are single and also for men ready to mingle after a breakup, divorce and now want to live an incredible life, full of variety and exciting relationships.

I want to get married, is this good for me?

If you are looking for a long term partner or a wife, this training is a must to ensure you know the right steps to help you attract and filter your options to find a partner which is best suited to you. If you don’t know how to filter well, you are running a greater risk of a failed marriage, legal and child access battles with bitter exes.

What additional support will I get?

I'M READY TO SUPERCHARGE MY CHARISMA